Shining The Life of Jesus 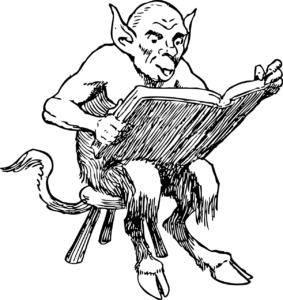 1 How Do Satan and His Demons Attack Christians?

Okay folks it’s time to pull the covers off the devils’ schemes and reveal to his people his offensive tactics.  In the blog for the next few posts we are going to talk about just that.   This is the subject of all subjects, our focus as Christians must be only on what the Bible clearly says. There are many books and seminars being offered on spiritual warfare, some of which are based on experience rather than the clear teaching of Scripture.

It is crucial that we stick to what the Bible clearly says. Whatever we need to know about Satan is contained in the Scriptures.

How does Satan attack believers?

How do we stand firm against these attacks?

How does Satan actually attack us? What are Satan’s weapons in his attacks on believers?

Satan does not implant thoughts in our minds internally. He does it externally through the world.

Satan spreads lies about God through the unbelieving world attacking our beliefs and values – spreading the lies of worldly wisdom.

Satan spreads fleshly temptations through the unbelieving world attacking our mind, emotions, and body – the lust of the eyes, the lust of the flesh, the boastful pride of life.

These “desires” that we have to sin is the flesh, not Satan.

Paul says in Eph.6:11 says that Christians are to stand firm against “the devil’s schemes.”

This gives the Devil’s strategy in his war against God and us.

He attacks through “schemes” or “wiles.” The word “schemes” refers “cunning arts, deceit, craftiness, trickery in a planned way.” Satan’s primary method of attack is deceit. It is well-planned out deceit, strategic lies.

As I mentioned earlier, the devil is a slanderer who is the father of lies. Jn.8:44 as we saw above says, “You are of your Father, the devil, and you will do the desires of your Father. He was a murderer from the beginning, and did not abide in the truth, because there is no truth in him. When he speaks a lie, he speaks from his own nature, for he is a liar, and the father of it. And because I tell you the truth, you do not believe.”

Satan is by nature a liar and his primary method with which he attacks human beings is through lies to deceive them into believing something false about God or God’s plan in order to get them to rebel against God.

This is how he attacks us – through lies.

And as we shall see the instrument, he uses to spread these lies is unbelievers.

These “schemes” or “strategic deception or lies” are ones that will be effective against us if we do not stand against them and give the proper defense.

Satan attacked Adam and Eve by lying to them. By telling them falsehoods about God, and his purpose and plan for them.

Notice also, that Satan tempted Eve externally. He took over the body of a serpent and spoke audibly to her. He did not implant any thoughts in her mind.

This is all Satan can do is attack us through deception. Otherwise, he has no power or control over us as believers.

He cannot spiritually lay hold of us and force us to do anything against our wills. He cannot possess us. Christians cannot be demon-possessed. He cannot influence us in a way that we cannot simply choose resist. He cannot control our minds or our emotions. He can only tempt us by inciting our fleshly desires and trying to deceive us.

He cannot turn us away from Christ and into unbelief and an unbelieving lifestyle that goes with it. He can only deceive us folks.

continued with are demon spirits real?

It is no surprise that all through history a large number of cultures have depicted in one way or another, the existence of spirits known as demons. Most people are familiar with them through popular media, such as TV shows, movies, and perhaps the occasional report on Discovery Channel, picturing them as being horrific creatures which seek nothing but to torment, dominate and ultimately destroy humans. However, at the beginning, the word “demon” was used to describe wise guardian spirits. Over time, in part thanks to the rise of Christianity, demons came to be pictured as the devil’s servants, spirits which are capable of possessing and controlling human beings, for real.

Out of all the available religious descriptions in regards to demons the one found in the Holy Bible may very well be the most detailed one. Demons identifying characteristics include:

They have A preference for taking control over human subjects, although they will inhabit animals.

Demons tend to live together in larger groups, allowing them to work with each other.

As most would expect, demons are masters of manipulation and most of them are quite intelligent.

Even though demons ultimately serve Satan, they do have a will of their own and are capable of taking the initiative to wreak a person’s life. If allowed that much leeway.

Demons also tend to have a very powerful intuition, being capable of recognizing those who have been granted God’s blessing.

Naturally, knowing how to identify a demon is not enough to understand them; it is important to also take into account what they are capable of doing before deciding if they are real or not.

The Powers a Demon Holds

Needless to say, demons hold numerous powers making them extremely dangerous spirits. For instance, it is said that real demons have the capability of instantly moving from one place to another. However, more alarmingly, it is also said that demons have the ability to influence the course of events in a person’s life, cause physical illnesses come upon people and cause psychological complications.  I remember reading the story of a missionary family that had got the commission to go to Hawaii and pastor a church. They thought their ship it finally come in. But almost immediately after landing the plane they received the customary lays around her neck and one of their children began to get sick. This was not an ordinary sickness like a flu or cold instead it was more like an unknown sickness. The doctors couldn’t even diagnose what was wrong with the child. Prayer meetings were called immediately because the child was sinking into the depths of possible death. During a prayer meeting it was revealed to somebody in the meeting that the sickness was caused by a spirit that came upon the child once a lay was placed upon their head. You see laser from the Tiki plant that are used to worship many of the island gods of Hawaii. In just the receiving of that lay was enough to allow an evil spirit to afflict that child. As soon as the pastor realize what was wrong, they prayed the spirit away from the child and denounced the use of lays. The child instantly got well and never got sick again as long as their pastor was in Hawaii.

In addition to all of that, demons cannot be fought physically as they themselves are actually able to have fights with angels, making them faster, stronger, more resilient, and overall infinitely more capable fighters than humans. Finally, as was mentioned earlier, demons also have the power to gain control of human’s minds and bodies, forcing them to do their bidding Long story short, a demon is literally capable of bending any human on the planet to their will, unless of course the human is using the authority of God.

Many people wonder are Demons Real?

At this point, it is necessary to understand that demons may not necessarily manifest themselves in our world physically, usually preferring to influence the course of events as well as people’s thoughts and decisions.

While it is true that the question risks to go unanswered for a very long time seeing as how encounters with demons do not leave much, if any physical evidence behind, there have been numerous cases of eyewitnesses who have had supernatural experiences and have come into contact with otherworldly beings, and some of the stories are frankly quite convincing and terrifying.  I’ve personally seen young girls talk to me in deep unworldly voices. I’ve seen videos of demons being cast out of people in Africa and the person falls to the floor and begins to crawl like a serpent slithering on the floor. I’ve seen people spit up in waste cans. I’ve had them fall to the floor and talk in tongues all the way to the floor as the demon left and the Holy Spirit came to fill them.  Folks demons are real and when we are covered by the blood and living on obedience to God’s word they are nothing to be concerned about.